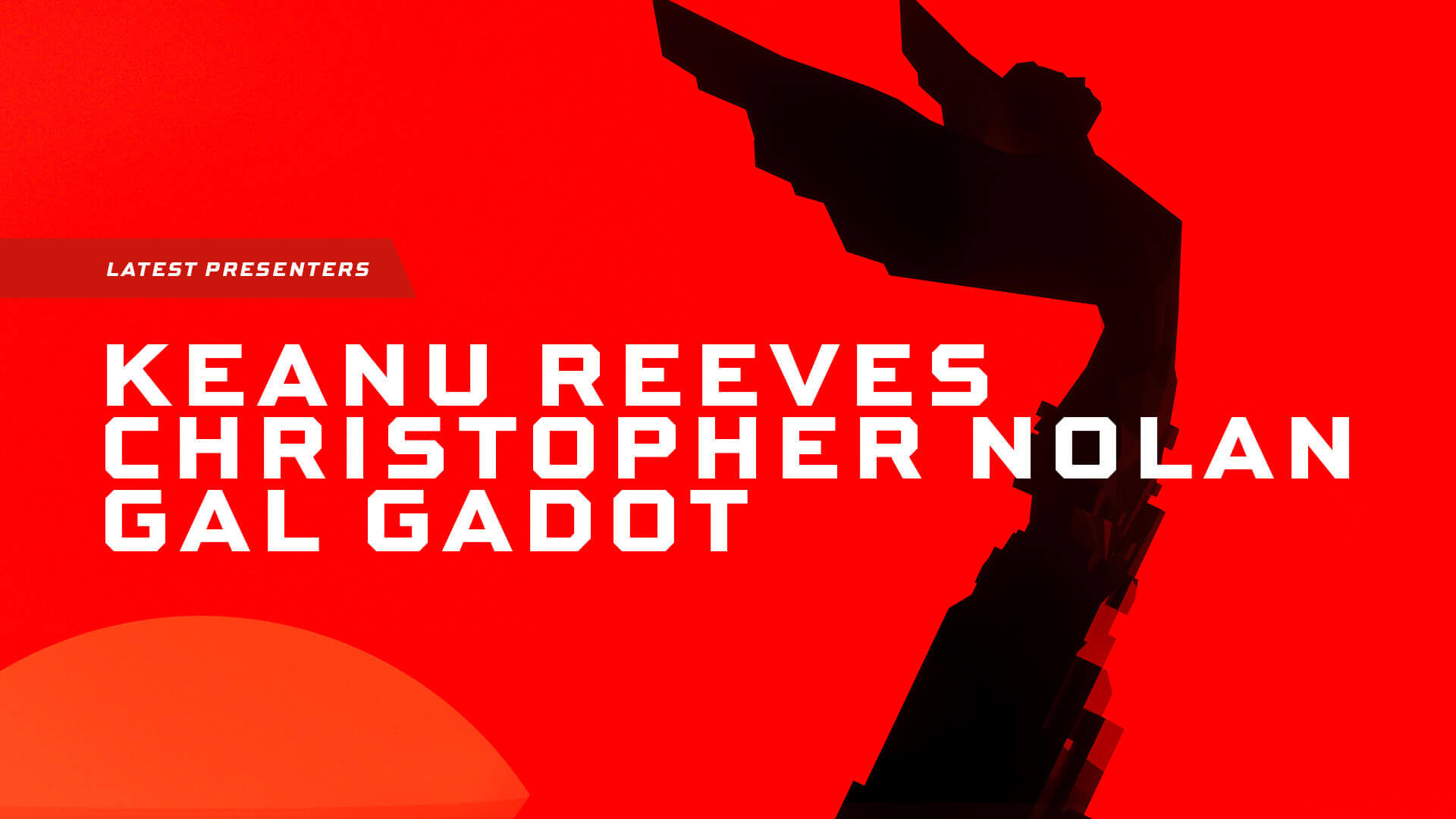 Today The Game Awards announced more presenters who are scheduled to salute the best video game and esports of 2020 on Thursday, December 10.  The multi-talented Keanu Reeves (star of Cyberpunk 2077) has joined the list of presenters, as has acclaimed filmmaker Christopher Nolan (TENET, Inception).  In addition, Wonder Wonder 84 star Gal Gadot will also appear during The Game Awards 2020.

The Game Awards streams live and free on Thursday, December 10 on more than 45 global and digital platforms.