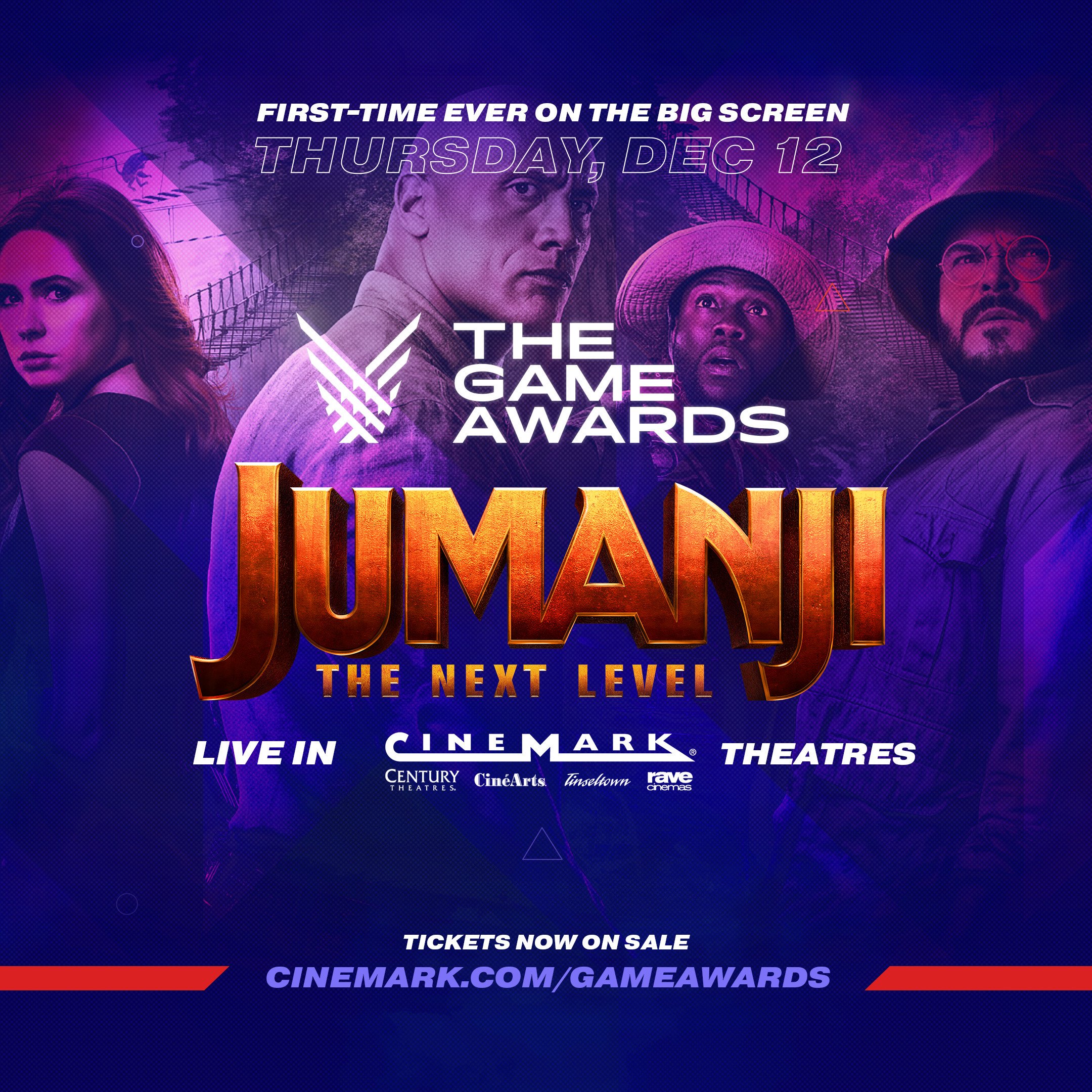 November 14, 2019 — The world’s biggest video games are coming live to the big screen on December 12. Today, The Game Awards, Cinemark Theatres, and Sony Pictures announced a first-of-its-kind superticket program that pairs a live simulcast of The Game Awards in 53 Cinemark theatre locations with a bonus screening of Sony Pictures’ “Jumanji: The Next Level.”

“The Game Awards is all about bringing the game community together, and this year, for the first time, we’re giving fans the option of gathering live in a Cinemark auditorium to watch all the awards, musical performances and world premieres of the most anticipated games of the future on the big screen, with the added perk of being some of the first fans to see ‘Jumanji: The Next Level,’” said Geoff Keighley, Creator, The Game Awards.

“We know video games are a big passion point for a huge segment of our audience, so this unique superticket brings fans the ultimate night out at the theatre,” said Justin McDaniel, SVP, Global Content, Cinemark. “Cinemark is proud to be the only place to see both the opening night showing of ‘Jumanji: The Next Level’ and The Game Awards live on the big screen.”

“Given that the premise of our last two Jumanji films is about getting transported into a video game, we couldn’t think of a better pairing than this,” said Ann-Elizabeth Crotty, EVP, Global Client Services and Exhibitor Partnerships, Sony Pictures Entertainment. “As soon as it became clear that our release date perfectly aligned with The Game Awards, we knew we had to do something special for fans.”

This special, one-night-only cinema event will be available in 53 Cinemark locations across the U.S. on December 12. “Jumanji: The Next Level” will play before the live simulcast of The Game Awards.

Tickets are available for purchase for $20. Find more information and see participating Cinemark locations at www.cinemark.com/gameawards.